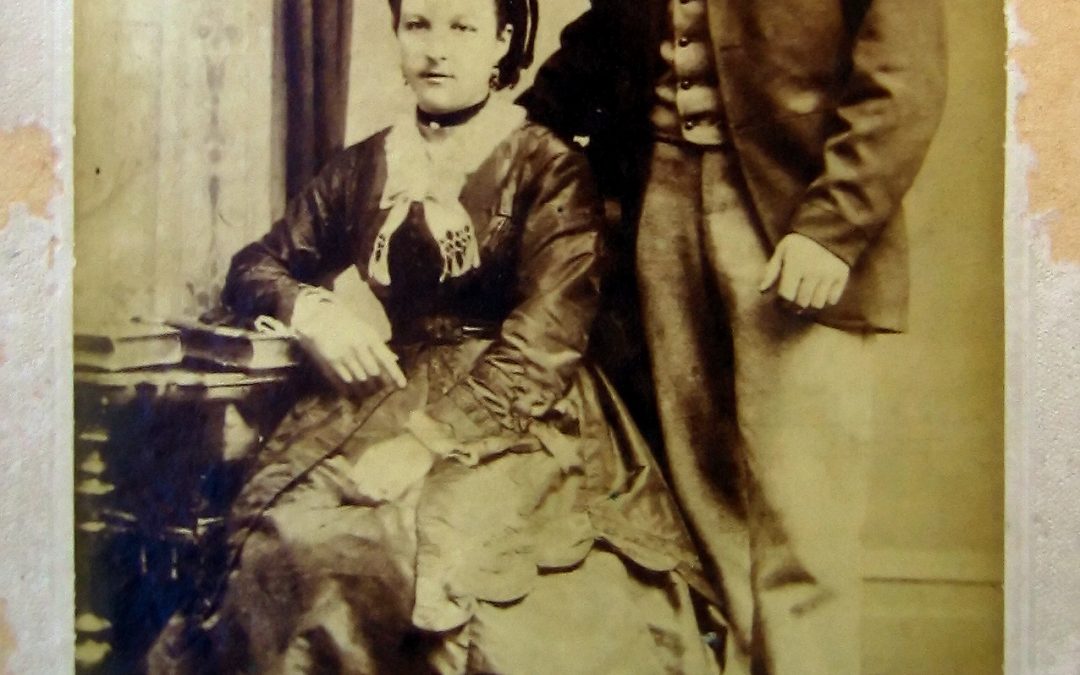 I have recently been in correspondence with Elaine Hopper and Michael Crennan who have kindly allowed me to share the story about their relative, Michael Crennan. We originally came into contact through the Western Australian Virtual Miners Memorial web site, as Michael was the victim of a mining accident. Michael Crennan (Great Grandson) attended the first dedication ceremony at the WA Museum In Kalgoorlie back in 2014. Michael was able to provide me with details about Michael to include on his page.

On the 20th November 1896, Michael Crennan was being lowered down the Try-It GM shaft at Paddington, there was an unexplained stoppage in the lowering, followed by an unauthorised restarting, and Crennan fell to the bottom from such a height as to be instantly killed. 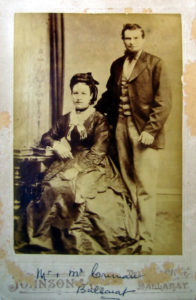 There was an inquest held the following day and although the verdict was ‘accidental death with no blame attached to anyone’ there seems to have been much feeling at the time that this was not the case. The full inquest details can be read here:  Michael Crennan Inquest

Up until recently I did not have a confirmed burial location for Michael. He is listed on the sign board at the Paddington Cemetery, but as I could find no verification I had not added this information. It is very hard to authenticate the early burials that occurred before there was an official office locally in any town. The office that was closest to the place of death was the usual place to record the death. In this case it would have been Kalgoorlie. The Registry Office in Broad Arrow didn’t open until 1898.

Fortunately, Elaine had obtained a copy of his death certificate which confirmed he was buried in the Broad Arrow Cemetery. I was now able to add this to his Miners Memorial profile page and also to add him to the burial list for the Broad Arrow Cemetery. This is often a problem in this area as the Broad Arrow Cemetery and the Paddington Cemetery are very close together. It is a natural assumption that as he was killed in Paddington he was buried there but this wasn’t the case. On the certificate It says he was registered by a Broad Arrow Police officer, he probably registered it in Kalgoorlie, which would then have been the nearest office. You will see the lapse of 26 days before his death was registered. This was probably the next time the officer was in town, he may have registered others in the same way.

As was the usual practice, the mining community rallied around the widow and children of an accident victim and there were several events to raise funds to help his wife Ellen who was left with five 7 living children in Ballarat VIC, five girls and two boys.

An unusual article appeared shortly after the accident. A letter to the editor from someone identified as ‘A Keen Observer’ who claimed that Michael Crennan had appeared to him in a dream, he said:

Crennan appears in a dream

THE RECENT ACCIDENT AT PADDINGTON.      To THE EDITOR.

Sir Referring to the article which appeared in Saturday’s issue under, the above heading, it states that anyone can pick out more than one “discrepancy.” Quite true, and such an Inquest requires comment. Strange to relate, during Saturday night I was disturbed by a remarkable dream in regards to the accident, to wit:—Crennan appeared before me whilst I was laying in bed. I expressed to him my utter astonishment, as l knew he was dead. I asked him to relate how the accident occurred. He said ” The driver was lowering me very quickly, when the bottom of the bucket suddenly struck on one of the sets: I clung to the rope, the bucket tilted over rapidly which caused me to fall back and strike the back of my head on the side of the shaft, and that is the last I remember.” How feasible this vision appears, as Crennan did have a nasty wound on the back of his head.
The full and lengthy article can be read here:- The Dream

A committee was formed and The Broad Arrow Minstrels Club, agreed to stage an open air concert on New Years Eve with the funds raised to assist Mrs Crennan. The following article appeared in the Broad Arrow Standard 2 December 1896, page 2.
‘It is our pleasing duty to record that the committee who have charitably interested themselves in mollifying the condition of the afflicted widow and family of the late Michael Crennan, have worked so well as to be enabled last evening to forward them £50. This of course is but a slight measure of relief, and scarcely any recompense for the loss of their breadwinner, and the committee recognising this have determined to keep the list still open. Mr. J. H. Crittenden, who is the leading spirit in the matter, will be happy to receive the contribution of any charitably disposed person.’ 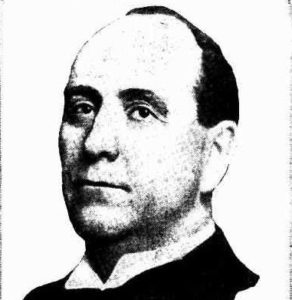 Michael was originally from Castlecomer, Kilkenny Ireland . I think quite a lot of Castlecomer people came to Kalgoorlie after being in Ballarat. They had mining in their blood as Castlecomer was renowned for its excellent  anthracite coal mined since as early as 1645.

A some years later, in 1911, Michael Crennan’s cousin Phillip Collier became Minister for Mines in WA and did some extensive work on mine safety. Later Collier was to become the 14th Premier of Western Australia and served from 1924 to 1930.

Michael’s daughter, Bessie (Elizabeth) Crennan, married James Henry Crittenden (the person mentioned in the above article)  who was the mine manager of the Try It GM, shortly after the accident in 1897 in Albany. Possibly Bessie and her father had been in WA for some time prior to his death when she met James Crittenden.

Ellen was never to re marry and she died in 1925 in Port Fairy Victoria, aged 75yrs. The following headstone is on her grave in the Port Fairy Cemetery where Michael is also commemorated. 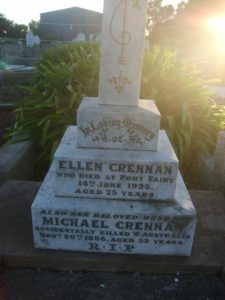 Grave of Ellen Crennan in the Port Fairy Cemetery VIC