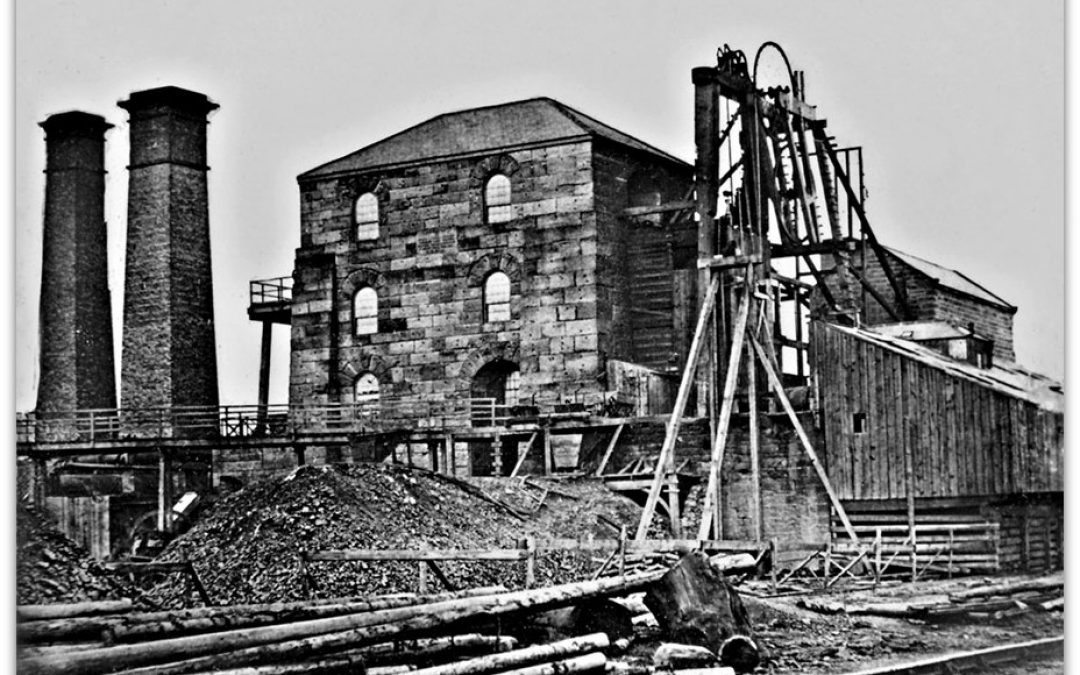 Thousands of miners die from mining accidents all over the world each year, especially from underground coal mining, although accidents also occur in hard rock mining. Coal mining is considered much more hazardous than hard rock mining due to flat lying rock strata, generally incompetent rock, the presence of methane gas, and coal dust. The majority of deaths these days occur in developing countries, where safety measures may not be practiced as fully as necessary. However, mining does remain the most dangerous occupation, with the next most dangerous being Forestry/Logging.

One such accident occurred close to where I was born and brought up in the North of England. It is the greatest mining disaster in the history of Britain’s coalfields and one or the worlds worst mining accidents of the 19th century. Although it occurred in 1862, and my family were not involved in mining, I grew up knowing all about it.

The Hartley Pit Disaster was a coal mining accident in Northumberland, England that occurred on Thursday 16 January 1862 and resulted in the deaths of 217 men and boys. The beam of the pits pumping engine broke and fell down the shaft, trapping the men below. The disaster prompted a change in mining law that henceforth required all collieries to have at least two independent means of escape. 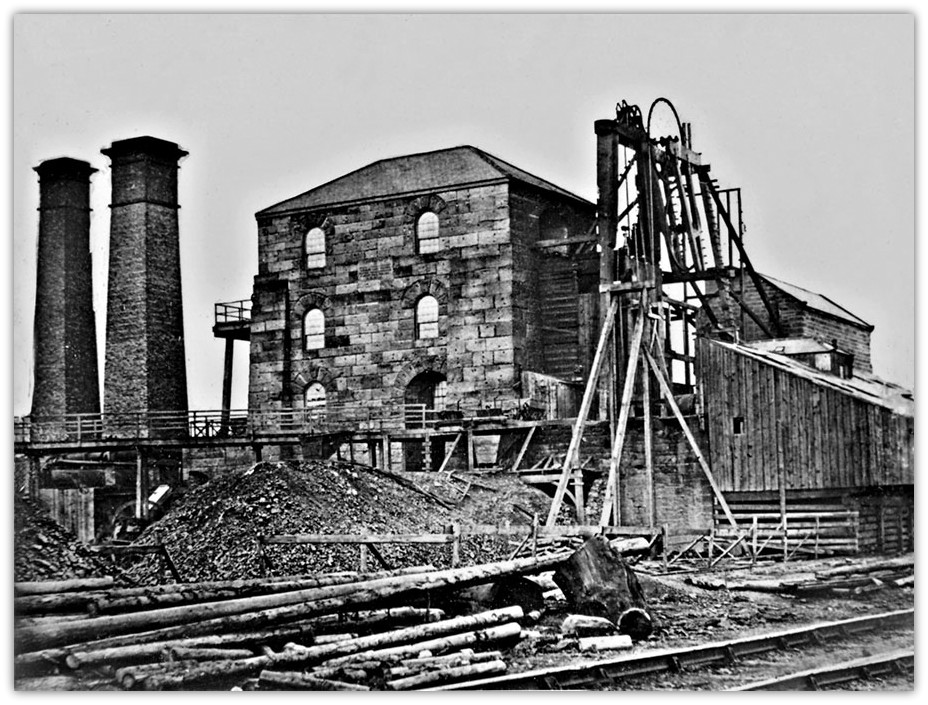 This is how it was reported in Western Australia.

A terrible tragedy has occurred in one of the great northern coal fields. At 10 o’clock on the morning of Thursday, January 16, more than 200 men and boys were, buried alive in the heart of the earth, 70 fathoms below the  surface of the soil. The scene of this most horrible event, the Hartley New Pit, lies a little to the west of Blyth on the coast of Northumberland. The pit is so near the coast that danger from flooding was a concern, so heavy pumping machinery was employed. This machinery was, or course, erected at the mouth of the shaft; unfortunately the only means of communication between the surface and the extensive works below. 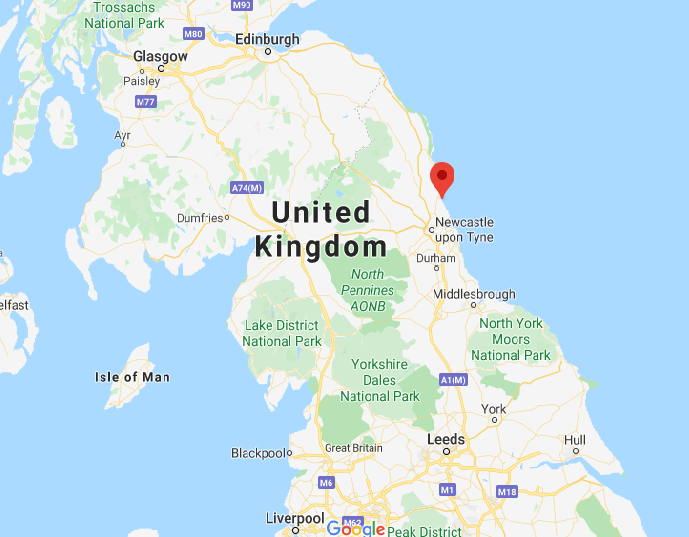 The ‘shaft itself was 12 feet in diameter, and it was secured from .top to bottom by wood work called brattice. On the day, and at the hour named, there were no less than 215 men and boys down in the lowest seams, and there were five men in the shaft. There was no negligence and no precaution had been omitted. The whole machinery went steadily. The hive below was working in security. No one, we may be sure, thought of danger from the massive iron beam which stretched across the pit, and raised to the surface the subterranean water. But suddenly, one of those mysterious actions which will sometimes take place occurred. There is no proof, that the great beam was faulty, yet it parted, and in a moment a mass of forty tons was hurled down the shaft, gathering, force and velocity as it fell, sweeping away the stages, the props, and  crushing the five men who were coming to the surface, and carrying all down to a mass of ruin to the bottom. The timber and planking which lined the pit being torn away, and what had been a safe open passage, was the next moment densely choked for many hundreds of feet. The 215 men and boys were in the passages below, cut off from all communications with the upper world, while the water was fast pouring into those passages at 1500 gallons per minute.

The agony and terror caused throughout the neighborhood as the nature of the catastrophe became known, cannot be described. Little relief of feeling scant gleams of hope or consolation were to be had from the reports of the brave adventurers who went down when the suffocating dust had a little subsided.  Nearly half the depth of the shaft was found to be choked up. As only half a dozen men could work at a time in the arduous task of removing the timbers and earth, it seemed from the first that it would take a considerable time and that those trapped would perish of suffocation, hunger, or drowning before help could arrive.

“Oh, my men, my canny men, they would have done ought for me and there they are all lying dead and cold”.

Over the next six days 22nd sinkers were employed night and day to clear a passage, At last, when on the 22nd all difficulties had been overcome, and an entrance effected, not a living man remained of those who went down full of life and strength on the 16th. Even after the opening of the shaft had in a measure purified the air below, those who first volunteered to go down and ascertain the appalling truth, were with difficulty able, to go through their task, so severely were they affected by the gas, which had accumulated. When the principal workers of the colliery made a tour below they met everywhere dead bodies, even in their death, telling a tale of devotion.
Families lying in groups, children in the arms of their fathers, brothers with brothers, of some consolation in the assurance that most of them looked placid, as if asleep, apparently denoting that the more horrible details of death had been avoided by deprivation of life through the foulness of the atmosphere.
But while this was the,case of the great majority, there were exceptions, for a few that where higher up, near the furnace, some tall stout men seem to have died hard. Their strength apparently served to prolong their agony. The last human noise from within was heard on Sunday the 19th, and as this, in all likelihood was from the tall stout men up near the furnace, who died the hardest, the probability is that the rest were mercifully released from their sufferings before that time.

While the operations  were going forward, what must have been the feelings of the agonised relatives and friends who crowded day and night about the mouth of the pit. It would be impossible to conceive a more harrowing spectacle than that which was presented. Wives, mothers, and children exposed to the most inclement weather this winter has as yet brought, counting the weary hours, and as day lapsed into day, despairingly clinging to the vain hope that all might yet be well.

Tho public already recognises two duties with reference to this terrible event. The first is to do what can be done to alleviate the misery of the unhappy families whom it affects, and the next is to see, as far as possible, that the like does not occur again. Foremost with her sympathy has been her Majesty the Queen, who, even in the depth her own sorrow, shows her anxiety for these poor people.

Almost every home in the village of New Hartley lost a breadwinner, and in some homes the coffins were said to have been stacked from floor to ceiling. The funeral that followed on January 26th was remembered for generations – for despite the fact that a few bodies were taken to Cramlington, Cowpen and Seghill for burial, most were buried together in the churchyard at Earsdon, four miles away, and it is said that the last coffin had not left New Hartley when the first was reaching the churchyard, thronged by 60,000 people who had come to stare or to mourn. 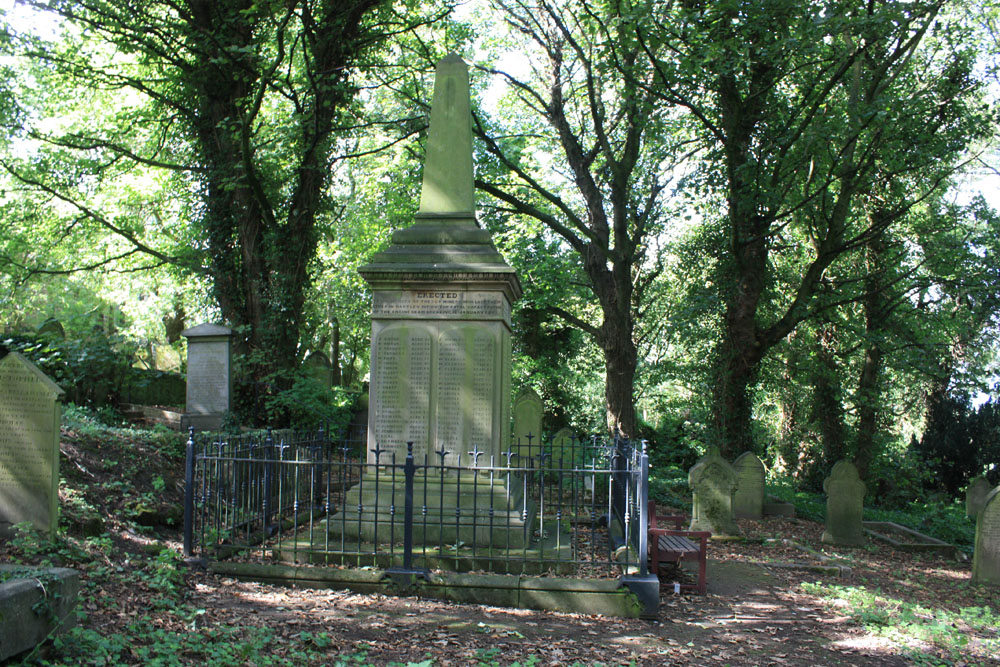 Over £75,000 had been raised by early April from all over the country. Apart from special payments for various purposes, it was decided to give 8/6d weekly to each widow, 12s. to a widow with one child, and 15s. to a widow with two children. Many of the widows remarried, but twenty years after the disaster there were still over seventy recipients.

The youngest to die was 10yrs old, and the eldest was 71yrs.  The same surnames are repeated time and time again. One family, the Liddles, lost nine members.